Ok here I was, totally innocent thinking about upgrading my Samsung Galaxy S2. I did that before some time ago and had no problems whatsoever. However when trying to install  Codename Lungo Mod (CyanogenMod) as described in things-to-do-before-and-after-installing-a-rom-troubleshooter some  problems occured. 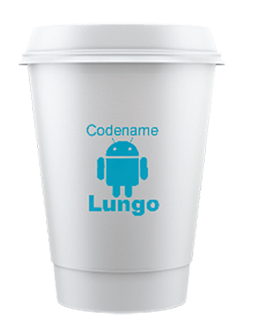 Things to do when installing a new rom:

After wipping everything and trying to “install zip from sdcard> choose zip from sdcard” some weird “Status 7” assertion errors appeared. Which basically denied the installation because clockworkmod thought the rom was not compatable with my device which was caused by my rather super outdated clockworkmod . Upgrading clockworkmod  didn’t work for some weird reason. Please let me know why it didn’t ate the update.zip if you happend to know.

Anyways, so I had to delete the  assertions in the rom zip file as described in how-to-fix-android-custom-rom-status-7-installation-abort-assert-failed-error-in-recovery-easily. Well changing the updater-script was no big deal. However how to get the zip on the device which has no rom installed anymore? I could have rolled back the backup, copied the rom.zip on the device, wiped and attempt another install or push the rom via adb onto the device. 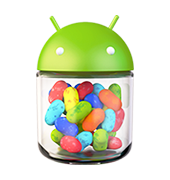 But that approach probably took just as long in the end. At first my laptop didn’t find the android device anymore although I’m developing on it on a daily basis so the USB driver were installed. After some research I’ve found a website describing that very problem how-to-solve-adb-device-not-found-error.  Which basically let me install PdaNet. My Samsung mobile phone could be found via “adb devices” after I went into clockworkmod start screen, then plugged in the USB cable and then went into the mounting screen. The article stated to use adbfastboot but I have android platform tools installed and just used the officially shipped by google adb tool. Now I could simply “adb push rom.zip /sdcard/rom.zip” and “install zip from sdcard> choose zip from sdcard” , select the lungo and install the rom.

To my surprise the “Enable USB Debugging” menu item was missing which had to be enabled by tapping 7 times on the about information for some weird reason. Is Google hidding stuff like Mac now? Also to note that if you want to get your device “online” when developing look into how-to-fix-adb-device-is-listed-as-offline-on-android-4-2-2.

TL;DR: upgrading to a new rom can be quiet more troublesome than advertised. ^^’

Bonus: on this tiny journey I stumbled on a collection of android rom installation errors and also collection of useful Tools, Drivers, utilities, downloaders and various fixes for Androids and PC.  .